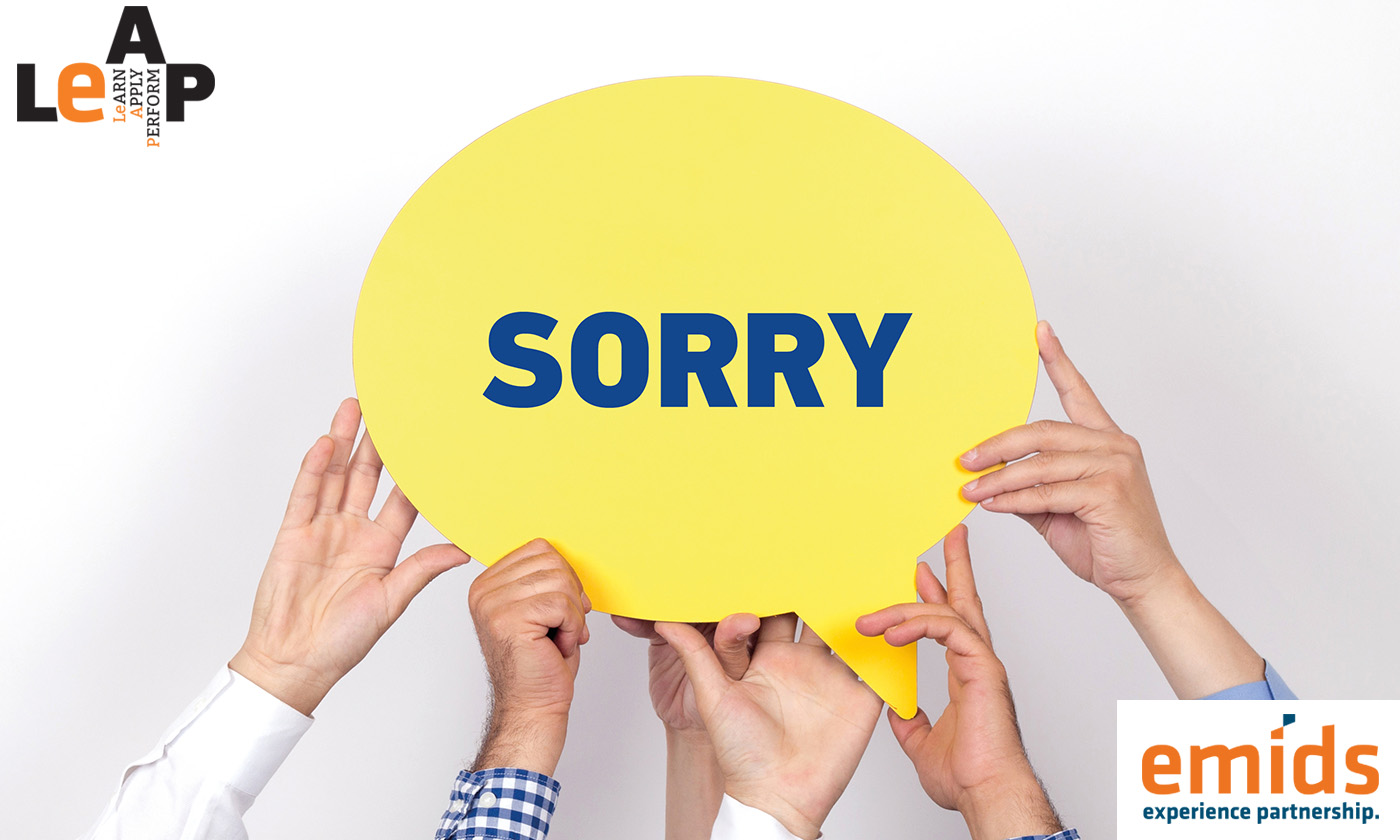 Is there a right way to apologize?

“We would like to thank passengers for their patience and apologize for any inconvenience caused.”

This was the apology an airline issued, when their flight sat on a runway for four hours in Connecticut, without air-conditioning, food or water. Over 150 passengers inside the flight did not have much information about the situation.

This response triggered much anger from the passengers, as well as industry personnel. Why? Because the language of the apology was as inhuman as the conditions inside the flight. It lacked ownership, empathy, and any sort of personalization. Would we say something similar to our colleague who is unwell? Or to a friend who got fired from his/her job? Probably not. But most businesses communicate this way. It’s considered professional. And that impacts the business metrics, without our realizing it.

This language rests on the notion that the distance of professional language (‘We apologize’ vs ‘I am sorry’) is inherently strong, and the closeness of personal language inherently weak. Behavioral economist Dan Ariely’s research shows that when people are treated rudely, they’re more likely to behave vengefully. But when rudeness is followed by a clear and simple “I’m sorry,” the annoyance dissolves.

According to Ariely, the success of an organization’s culture can be assessed by how leaders apologize when something goes wrong, and how the employees/ customers respond to that. This was demonstrated well by Threadless, an online clothing company. While upgrading its computer system, the company accidentally deleted all of the blogs that employees had maintained for years. Instead of hiding behind the go-to phrase of “inconvenience caused,” Jeffery Kalmikoff, CEO, explained their errors, apologized directly for them, and even invited conversations about it. He received empathy.

What were the key elements of his apology?

Clarity. What really went wrong? For example, if your employees’ salaries are getting delayed by a couple of weeks, the information clarity and detail you share, determines your employees’ reaction. Be honest, and share if you’ve run out of reserves, or if client payments are delayed. But remember to weave your apology into the information, and not just share raw details.

Acknowledgement. Of course there is inconvenience caused. But go deeper into what the discomfort is, and name it to show that you really understand. With delayed salaries, employees might feel frustrated, their bills go unpaid for a little while causing them anxiety, or some people may even feel helpless. Say it all out loud, and offer to collaborate and figure out other solutions.

Ownership. The ‘we’ language is inclusive, yes. But when it comes to owning up for errors, it is a roadblock. It’s easier for people to connect with an individual than with the organization as a whole, while accepting an apology. When someone says “I am deeply apologetic…”, people can see the humaneness behind a challenge, and hence are able to respond to empathize. It builds trust. Try, “I am extremely sorry about the delay in salary, and I understand how frustrating it is…”

In the world of work, there is ample that goes awry. Though an apology said the right way might startle people at work, the human language trumps the business language.