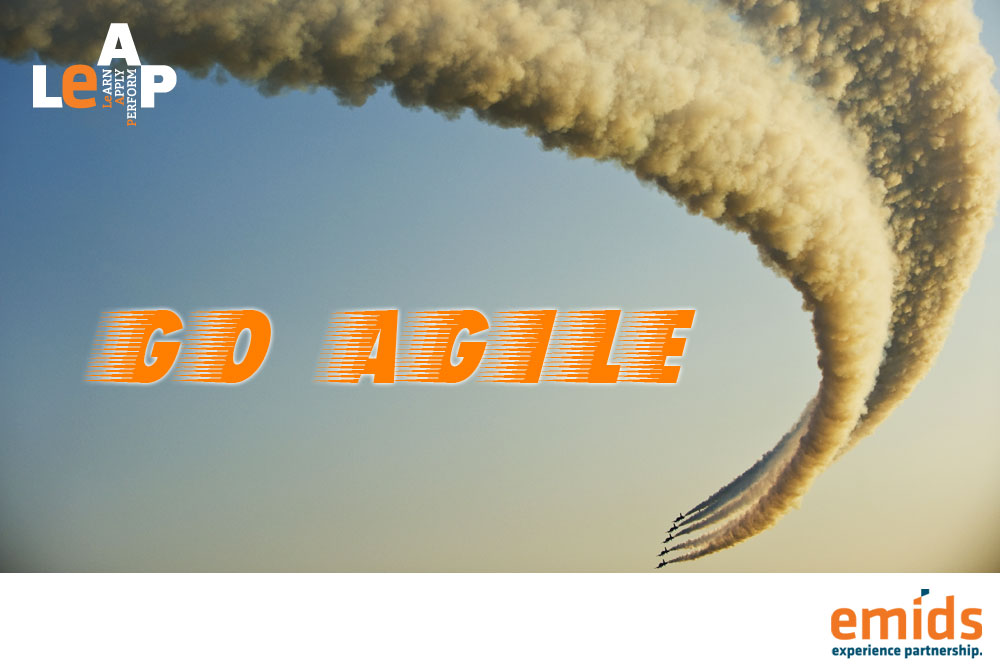 7 years and 7 reasons : Why we adopted Agile

The movement may have started during the mid 90’s. The Department of Defence (DoD) USA, reported that within the $35 Billion spent in software purchases, only 2% was actually usable. The DoD also found that close to 75 percent of the developments was either never used or was cancelled prior to delivery.

The question remained, why was this happening? The answer to that is simple. Most users can’t foretell what they want until they see it, hence predicting what the user wants was a difficult puzzle to solve. The developers, in their interest, started to protect themselves against iterations made during the projects. Thus began the quest to architect softwares on a newer and deeper understanding of project management.

For us at emids, the adoption of agile methods took place almost 7 years back. The implementation not only enriched our insight into the challenges and problems that could be in store during the development stage, but also lent a sense of predictability to the entire thing. So, if we were to break down our reasons to adopt Agile into specifics, we would have these 7 reasons right at the top of our list.

JetSki Development Cycles: With market dynamics always on the move and customer sentiments being in constant flux, it becomes critical for organizations to get their product to hit the market as soon as possible. The product being on the shelves early, could mean just one thing; it’s a hit or miss. The ‘miss’ is where the analytics take over and newer findings are immediately implemented.

Product Perfecting: As soon as the product hits the market, it does come under user scrutiny and in turn comes the feedbacks vs tweakings stage. A product is never perfected unless the users cast their votes. The quick release of a product in the market not only helps the organization in performing a sentiment analysis, but also helps in fine tuning it towards better performance and experience.

Culture and Team Spirit: This is by far the best part of Agile development. Now what it essentially does, is create individuals who are empowered to take critical decisions, without the premise of assumptions. To put it simply, it allows team members to directly interact with the client, and take ownership of the project and thus emerge with a greater sense of purpose as a team.

Cleansing Wastage: The reasons why a project may get derailed can have multiple reasons. However, it is crucial to never let that reason emerge from within the organization. Agile, keeps the team and the client in sync and helps reduce the load of lost time. In fact, the key outcome of every project built through Agile is on-time delivery. The final product is kept lean and in every bit of the word, purposeful.

Connected Workforce: Development can never happen in silos. Let me rephrase that, ‘Great’ development can never happen in silos. It takes more than one team and in most cases, multiple teams with cross domain expertise, all working in perfect synchrony to produce the necessary symphony. Well, that may sound like a fairytale situation to have, but with Agile, cross functional teams do tend to work in alignment once they realize the sync between client needs, team efforts and personal growth.

Development Prophecies: We are not claiming to be Nostradamus but neither are we saying that the velocity of development is not connected to a bit of predictability. Sometimes the client is not looking for a date and time or coordinates. Instead, all they are asking for is a bit of predictability. “What am I getting for my money and in what form am I getting it?” This is one of the few basic questions that a client asks, and through Agile, we have been able to address most concerns such as these.

Learning on the Fly: It is a no-brainer that every project, big or small will have a learning curve. The question is, how steep is that curve? Some projects can be easily achievable, while others will face unforeseen roadblocks. It is here that Agile methodologies come good; real good. Build, Learn, Adapt, Create, Repeat. That’s trademark Agile. Every time you build a bit of software, in the hindsight you might think that you could have applied a better logic. That’s learning. Implement it in the coming phase and you have a winner software.

Once you settle with Agile, you realize that it is just a mindset. Yes, there are rules and guidelines, but it’s a bit like driving, you don’t tell your right foot to release the accelerator, before you slot into the next gear, it just moves by itself.